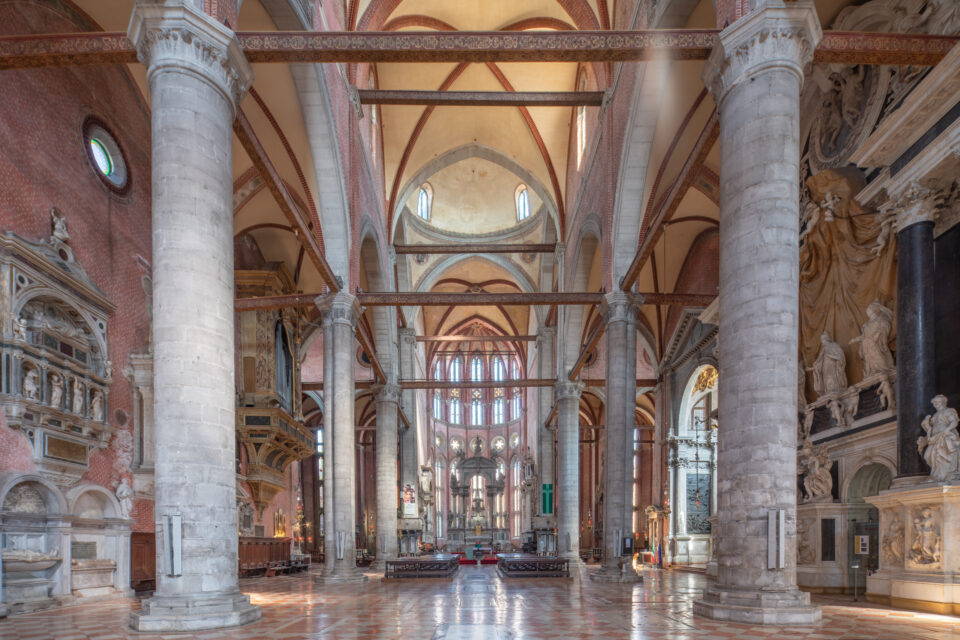 On reaching Campo of Santi Giovanni and Paolo, the thirteenth-century majestic Basilica immediately catches the visitor, magnificently standing out as the biggest church in the city, dominating the Venetian horizon with its 55-m high dome.

The gothic façade with central rose-window represents the typical architectural style of the mendicant orders, Dominican and Franciscans, which affected all the Italian religious architecture. For example, this is also showcased by the churches of Saint Niccolò in Treviso, Saint Anastasia in Verona and the even more famous Saint Maria Novella in Florence.

The interiors of the Basilica boast an outstanding magnitude (102 m length) and verticality, conferred by the columns which separate the three naves and solemnly reach the ogival arches. Closer to the apse, the visitor is pervaded by a sense of almost transcendental immensity: the imposing structure lies in the mystic silence of the Basilica, and the chiaroscuro of the burial monuments is enlightened by the smooth light filtering through the big stained-glass windows. 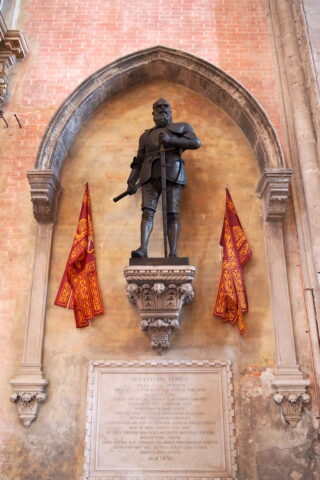 Closely connected with the destiny of the Serenissima Republic, the Basilica was considered to be the Representative Church just after San Marco. At least 150 tombstones and 37 monumental sepulchres are preserved inside it, with 25 of them dedicated to the Doges of the Serenissima from the thirteenth to the eighteenth centuries.

Among the most important monuments are included the one belonging to the Mocenigo Doges, entirely occupying the counter-façade of the Basilica; the monument entitled to Doge Michele Morosini (1382), located in the presbytery together with the ones of Doge Leonardo Loredan (1521), Doge Andrea Vendramin (1478), and Doge Sebastiano Venier, the leading character of the famous victory of the  Battle of Lepanto  (1571); lastly, the one of Doge Jacopo Tiepolo, founder of the Basilica, and the most majestic monument belonging to Valier family.

Among the distinguished characters resting inside the walls of the Basilica there are Giovanni e Gentile Bellini (two of the most famous Venetians artists), and Bandiera brothers, patriots and protagonists of the Italian Risorgimento.

On the right side of the nave, it is located the urn containing the rests of the hero par excellence of the military history of Venice, Marcantonio Bragadin, who was imprisoned and slayed alive after withstanding for months the Turkish siege of Famagosta in the Island of Cyprus. 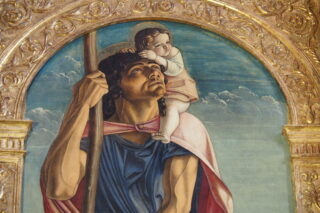 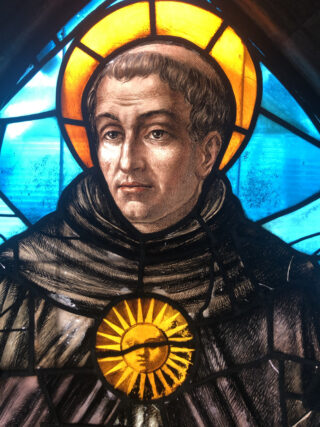 Among the most significant artworks undoubtedly stand the marvellous Giovanni Bellini’s polyptych of Saint Vincenzo Ferrer and the byzantine icon of Madonna della Pace, whereas in the chapel of Madonna del Rosario the Veronese’s pictorial cycle (Assumption of the Virgin, Adoration of the Shepherds, Annunciation) entirely covers the ceiling, replacing the original paintings authored by Tintoretto, utterly destroyed by a fire in August 1867.

The wall above the door of the Chapel of Rosario is decorated by a monumental 24-hours clock, dating back to the XV-XVI centuries.

The Basilica is currently the only one to have the biggest gothic and polychrome stained-glassed window in Venice. It is an extraordinary one of a kind, since it was wholly released in Murano glass by the master glassmaker Giannantonio Licinio da Lodi in the XVI century, probably on Bartolomeo di Vivarini’ s cartoons.