“This is the venue I chose for my Preachers” 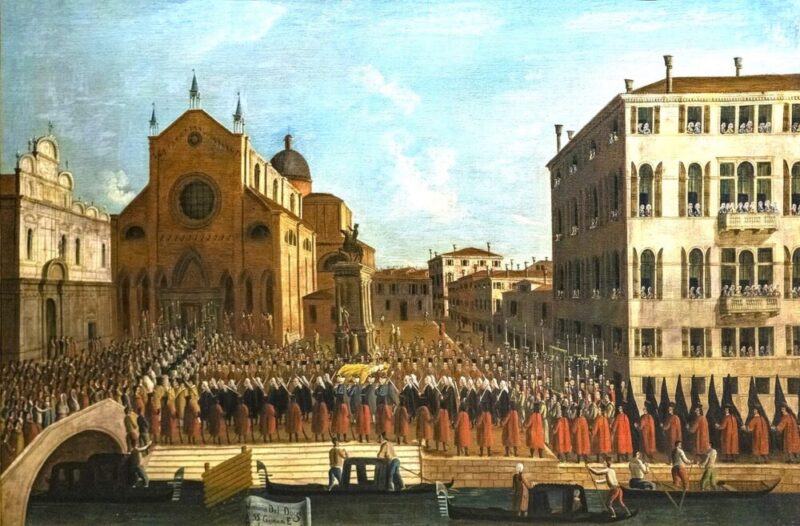 These were the words that Doge Jacopo Tiepolo heard in a night’s dream of 1234. In his vision, a marshy area full of wonderful flowers, flown over by white doves and crowds of singing angels, appeared to him.

After referring the fact to the Senate the day after, the Doge succeeded in donating to the Dominicans the place popped up in the dream, that is the actual Campo dei Santi Giovanni e Paolo, where the Basilica was then erected and dedicated to the Romanian martyrs of the V century Giovanni e Paolo.

The construction works of the thirteenth-century church were soon finished. However, as many Doges and famed characters chose the Basilica and burial place, it emerged the need of expanding the church. This was carried out by Father Benvenuto da Bologna and Father Nicolò da Imola, both Dominicans, and was finished off in 1368, as witnessed by an inscription marked in the first arch on the left of the organ.

Subsequently, some Venetian patricians were named Prosecutors of the factory of Saint Zanipolo in order to ensure the completion and the steady decoration of the temple, which is also today’s biggest church in the city. Lastly, almost two centuries later, on 14th November 1430, the church was finally consecrated. 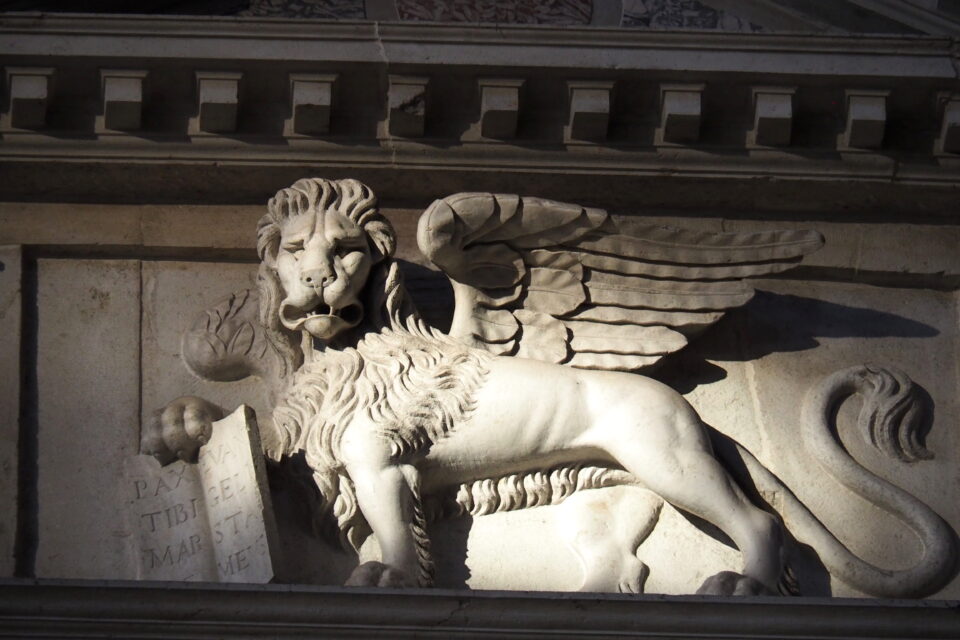 Since then, the church would have been continuously enriched with the monumental sepulchres, paintings and sculptures authored by the major Venetian artists, among whom are noted Bellini, Cima da Conegliano, Palma il Giovane, Vivarini e Veronese. Moreover, the increasing role of the Basilica in the State celebrations led to the demolition of the Choir in 1682, so as to enlarge the space for the solemn city functions.

In 1806, after almost six centuries, the Dominicans were moved out from the glorious venue, and the Convent was transformed into a military and then civil hospital. The former Convent is still the civil hospital headquarter of SS Giovanni e Paolo in Venice, which hosts the historical pharmacy – former apothecary shop – and the Scuola Grande di San Marco.

In 1810 the parish of SS. Giovanni e Paolo was born and entrusted to the Dominicans: they thus managed to keep their presence in the Basilica, reclaiming their role of custodians of this overwhelming historical and artistic heritage, preserving the everlasting memory of the Serenissima and the memorable characters who marked its history.